Although Dr Who, as Jon Pertwee, was important to me, as a child, there were a few companions of the Doctor who I remember most, from my times watching the programme: 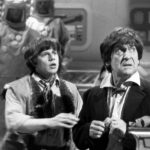 Jamie (Frazer Hines)
James Robert “Jamie” McCrimmon, was from 18th century Scotland. He first appears in The Highlanders. He meets the Doctor, Ben and Polly, after the Battle of Culloden in 1746. At the end of The War Games, the Time Lords take Jamie’s and Zoe’s memories away, and send each of them back to their original time and place. 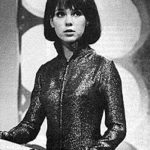 Zoe (Wendy Padbury)
Zoe Heriot (Wendy Padbury) first appears in The Wheel in Space. She is on a space station in the 21st century. At the end of The War Games, the Time Lords take Zoe’s and Jamie’s memories away, and send each of them back to their original time and place. 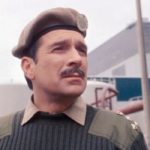 Brigadier Alistair Gordon Lethbridge-Stewart (Nicholas Courtney)
As one of the series’ most prominent recurring characters over its fifty-year history, the Brigadier appeared in 23 stories during the original run of Doctor Who. He first appeared in the 1968 serial, The Web of Fear, opposite the Second Doctor (Patrick Troughton). The Brigadier made frequent appearances on the series, following the introduction of the Third Doctor (Jon Pertwee), in the 1970’s Spearhead from Space. His final appearance in the program was in 1989’s Battlefield, opposite the Seventh Doctor (Sylvester McCoy). 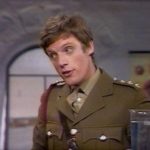 Captain Mike Yates (Richard Franklin)
Mike first appeared in the Third Doctor serial Terror of the Autons. He proved more durable than his predecessors, appearing semi-regularly in the programme from 1971 to 1974 alongside the Brigadier and Sergeant Benton. 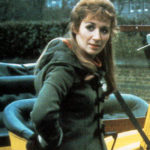 Elizabeth “Liz” Shaw (Caroline John)
Liz was a scientist and civilian member of UNIT. She first appeared in Spearhead from Space. She became a member of UNIT and met the newly regenerated Doctor. In Inferno, Liz decided to leave the Doctor and UNIT, and go back to the University of Cambridge. 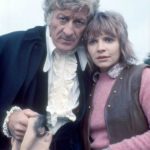 Jo Grant (Katy Manning)
First appeared in Terror of the Autons, as a replacement assistant for the Doctor. In The Green Death, Jo falls in love with the scientist, Professor Clifford Jones. She decides to marry Jones, and goes with him to the Amazon Rain Forest. 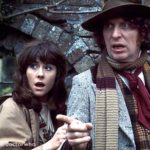 Sarah Jane Smith (Elisabeth Sladen)
Sarah Jane was a companion of the third and fourth Doctors (Jon Pertwee and Tom Baker). Sarah Jane was known for her feminism and strong affection with the Doctor. She has appeared in the new series twice. She also had her own spin-off series, The Sarah Jane Adventures.

Leela (Louise Jameson)
Leela first appeared in The Face of Evil. She was a warrior of the savage Sevateem tribe. The Sevateem tribe were the descendants of the crew of an Earth ship that crash landed on an unnamed planet in the far future. In The Invasion of Time, Leela falls in love with Andred, a Gallifreyan. Leela chooses to stay with Andred on the Doctor’s home planet Gallifrey. K-9 Mark I, stays with her. 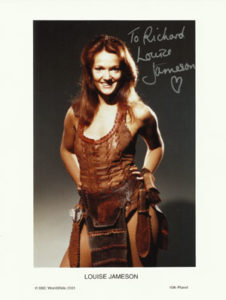 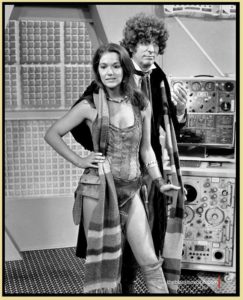 I didn’t watch many episodes of Dr Who, when Leela was a companion, but some years later, looking back at those times she featured with Tom Baker, I realised that the male audience must have grown (pun intended) during that time. I met Louise several years later at a convention in Milton Keynes.

You can see a full list of companions here.