No episode of Dr Who would be complete without the TARDIS. An acronym for Time And Relative Dimension In Space, this is the Doctor’s means of travel. Originally stolen by the Doctor, from his Time Lord family on Gallifrey, the TARDIS has endured a long-term technical fault in its ‘chameleon circuitry’, leaving it permanently in the guise of a 20th century London Police Box. Having said this, the Doctor has grown to like the Police Box TARDIS and whilst a repair could have been made on numerous occasions, has chosen to keep it as it is – externally, at least. 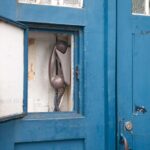 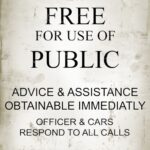 One thing that confuses many people, is the notice on the door which reads, ‘Pull to Open’, when the actual doors are pushed inwards to open. However, the notice actually refers to the public telephone. The main box itself was not accessible to the public.

I made my first TARDIS when I was 11 years old. I found an old chicken incubator half buried under a shed and it reminded me of a TARDIS roof. After retrieving and cleaning it, I added sides and a floor and painted it black. 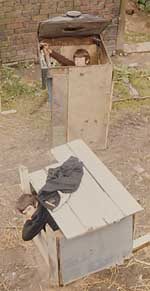 It wasn’t by any means an accurate copy, but it served the purpose for our games of Dr Who. Sadly, there are only a couple of photos of my TARDIS and they aren’t very big. You have to appreciate that in the 1970’s people didn’t have digital cameras. Furthermore, we weren’t obsessed with uploading images to social media, since it didn’t exist. The only reason I have any photos of my constructions, is because my Dad was interested in child creativity and art, as part of his job in education, and he used to give talks on learning through art and making. My brother (also shown, right) was making his ‘Master’s TARDIS’. When I first watched Dr Who, we had a black & white TV. Although we had colour TV by the time I built this TARDIS, I must have got it into my head that it was black, rather than dark blue. 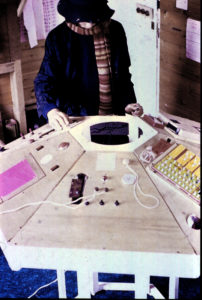 It was another 2 years before I made a TARDIS Control Console for my bedroom. I was age 13 and Tom Baker had just taken over as Dr Who. At Christmas, my parents bought me a Tandy, electronic, 65-in-1 Kit, which I promptly cut in half and added to my TARDIS (you can see half of it exposed and half of it covered, on the lower right side of the photo).

After this photo was taken, I installed a clear plastic, upturned sweet jar, in the centre hole, and a clockwork Meccano motor which turned it via a belt. Small lights with coloured covers made from Quality Street sweet wrappers, shone light through the spinning jar, giving the effect of electrical sparks dancing inside the jar. Side panels were also added around the central plinth. My early attempt to recreate an impression, using Flash, can now be seen here as a short video. 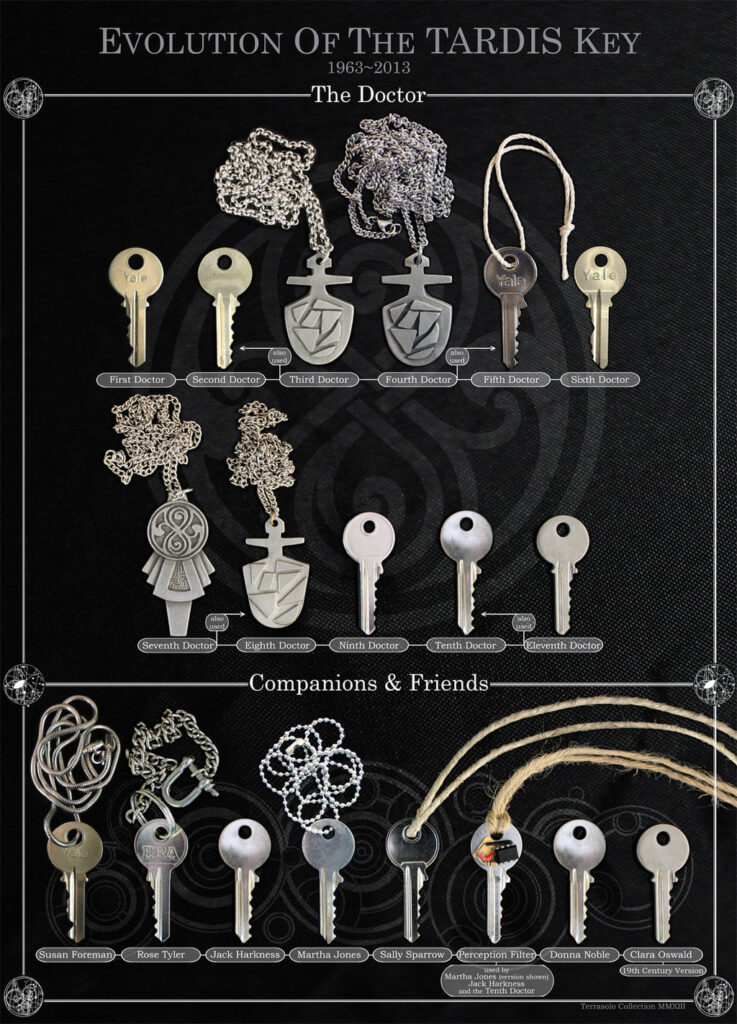