Jon Pertwee paid for the creation of the Whomobile and it belonged to him. However, it ended up being sold at auction in the 1980s for the measly sum of around £1,700. From 1996, it was hidden away in a secure location in Britain, leaving fans (and vehicle inventors) with only a few photos and video shots.

To be honest, I was never really a fan of the vehicle and I remember having those feelings about it when I was a teenager, seeing it appear on TV for the first time. I can however, admit to being taken to a garage showroom to view it, just before it appeared on its debut Dr Who episode. I remember it had a beautiful sparkly metallic paint finish on the wings which was silky smooth to the touch, and a little TV monitor screen in the centre console. In terms of its airing on TV… well let’s just say, if ever CGI was needed, it would have been back in the 70s for that programme. Chroma key really wasn’t good enough and the jerkiness of the visuals was very unconvincing. Having said all this, it was used by the third doctor, so I have to include it here. If you want to know more information, visit the links at the bottom of this page. 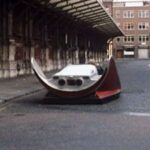 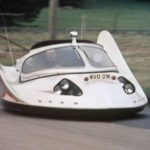 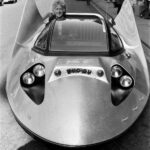 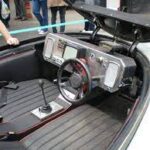 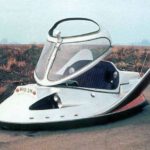